The dry rustle of newsprint is unfamiliar these days save the irritating batches of store ads that push open the mailbox and soak in rainwater. My mother and I used to divide the funnies in half on Sundays like an over-sized sandwich too big to eat alone. My mother reserved her laughter mostly for accurate depictions of family life. I was too young to understand some of the complexity, but old enough to recognize that some of the laughter came from a kind of recognition. The good comics became more funny with age, and some became great philosophical observations. The pictures told stories about people who made mistakes and their mistakes were funny precisely because they were our mistakes. Occasionally these people were consoled or harassed by their pet tigers (Imaginary pet tigers? Real pet tigers?) The funnies existed universes away from the heavy bold proclamations of imminent doom on the front page. It was a different place in the same document. The funnies were a part of human life that included school shootings and disappearing children. Somehow they were a cohesive whole, a folded excess of humanity. Life was both amusing and terrifyingly complicated. 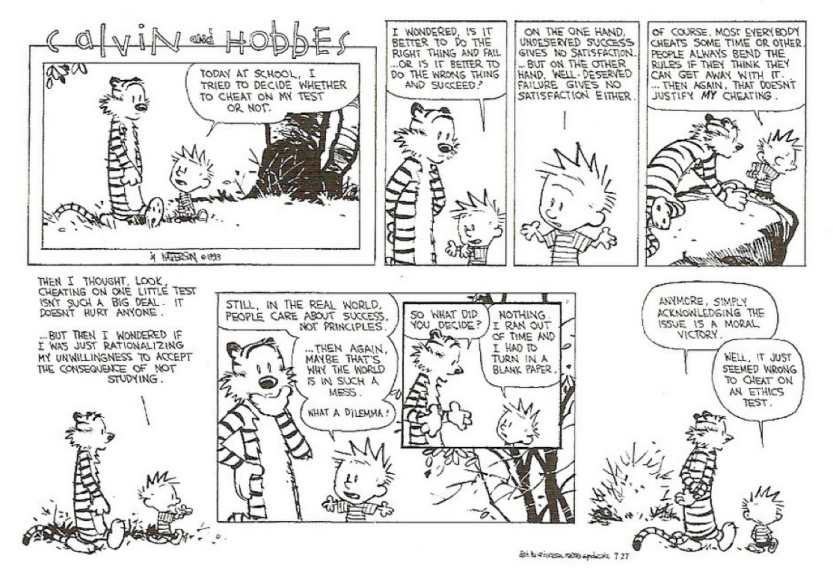 I suppose what I really miss was the tactile sensation of holding things. The experience was supported by the weight of the object. I read that record sales beat digital sales last year. I’m not sure if it is true, but I understand the reasoning. We love objects with weight.

It is so strange to have immediate access to everything, but to have lost a sense of cohesion. Maybe as you get older the world scatters outwards away from you, beyond your vision. I suppose this is the beginning of becoming less relevant with age. Oddly enough I find myself looking forward to it, but I worry about polarization that occurs when you only ever have to read content that you already agree with. I used to have very defined limits. The one radio station that we had in my town had an 80s night on Fridays that I hated. Now I love 80s pop because I was subjected to it against my will. It sounds like a place from which I have been exiled and can never return. There is something attractive about a place that can be misremembered precisely because it was lost to time.

It seems to me that humor has migrated into a place where snarky self-satisfied condescension is the rule and everything else is an exception. I’m sure that someone is benefitting from my need to validate my obvious superiority, but I’m not sure that someone is me. I understand the need to laugh to let off steam. It is better to laugh than to burn down someone’s house in outrage. However laughing at someone else’s expense creates an enemy that may not have existed before the punchline. The joke is funny because the target is not me. There is something special about a joke that hits everyone rather than searching for a specific easy stereotype.

The word stereotype has a secondary meaning involving the recreation of printed materials. Curiously this primitive method of printing results not in precise images, but in a unique subtleties that come with ink consistency and plate wear. There is variation even in the effort to replicate.

I don’t believe in the line, “If you don’t have anything nice to say don’t say anything at all.” because I think some pretty important conversations necessitate a fair amount of discomfort and some true things don’t sound “nice”. However I don’t think that small shaming shots fired off online involve the riskiness that an actual conversation might entail. It’s easy to punch a hole in a cardboard stereotype. It’s really difficult to discover that your stereotype is a vessel with serious leaks while sitting across the table from the living and breathing evidence against it.

One of my least flattering interactions occurred in my late 20s at a bar. A friend and I were the drunk young assholes in a corner table worried that our spot was being overrun by the wrong kind of people. In our bulletproof certainty we decided that we could guess the careers of a whole table of people next to us. Fortunately we ran into them all outside during a smoke break and had the snarky audacity to ask what their jobs were with condescending smirks. We were wrong on every single count. There was not one instance where our answer was even close to accurate. It made me feel like shit and I sat outside smoking by myself a little bit longer that night. I don’t think that I would’ve felt better about the interaction even if we had been right on all counts. Sometimes being right or wrong are born out of a kind of ugliness that benefits nobody. It feels really heavy to need to be more unique or more intelligent all of the time. It’s a burden.

The joyful risk of the Sunday funnies was always that I might find something ridiculous about myself in the joke. There is a kind of release that comes with being able to laugh at yourself. There is a freedom that comes from not taking oneself so goddamned seriously. The problem with being a self-proclaimed savior of the world is the sheer weight of the title. It is an entirely different experience to try to love from where you are and involves a proximity that necessitates a fair amount of damage to the ego. In the effort to love someone in close proximity I discover that my ideas of love sometimes have more to do with control or behavior management. If you are really lucky a person close to you might reflect your flaws back at you. How many parents are horrified to discover that their children are tiny versions of themselves and horrified how little they like to see what they look like from the outside? I think that this is what my mother was laughing at when we were sharing the funnies. There is something to be said for learning to laugh at yourself. I imagine some of the weight of trying to be impossibly perfect dissipated in the morning light drifting across the dry gray pages and bright cartoon panels. I missed them, so I made some. 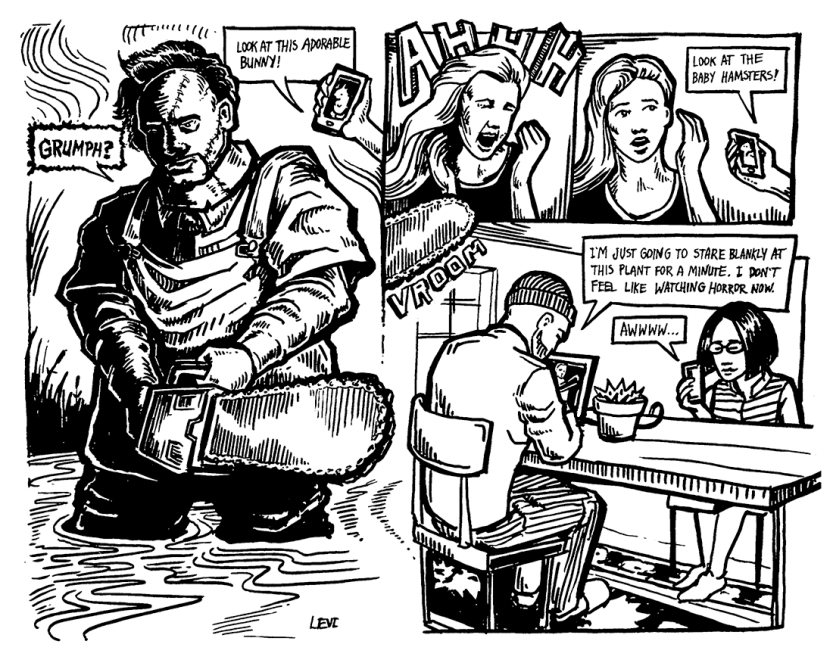